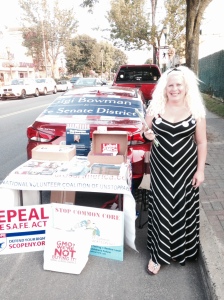 You might know me.  You might have seen me this summer standing in front of Supermarkets with my loving husband asking for your signature to get on the ballot.  You may have seen me at every festival from Northport to Glen Cove. You may have seen me at the farmers markets handing out “Save the Bee” stickers and trying to awaken you to the issues of GMO food and Common Core Education.  You may have heard me talk about repealing the NY Safe Act and standing up for the Constitution.You may be one of the 5,191 signatures I received from people who after talking to me decided that I should be a choice on the ballot on November 4, 2014 –the 11th Anniversary of the day my daughter took her life due to Pharmaceutical medication she never should have been prescribed and the reason I do what I do -to save another parent the heartache I have lived through.
You may be one of the 5,191 people who spoke to me about their own children and big pharma or how your family is coping with the GMO food issue or the vaccine issue or the smart meter issue or the loss of liberty and the red light and speed cameras and your child dealing with Common Core and the countless other issues we’re all dealing with day after day on Long Island while paying the highest taxes in the country.  Yes, you may be one of those people who signed my petition and thanked me for running for office and wished me luck….or said to me “Sure, everyone has a right to be on the ballot” or “Everyone has a right to run for office”.  Maybe you are one of 5,191 people that I spoke to personally that WANTED ME TO BE ON THE BALLOT!

And maybe, just maybe……. party politics is a disgrace in this country and it culminates in the District 5, Long Island, New York, Republican Party where they decided they didn’t want any competition from a woman who has stood on corners day after day, month after month for years holding signs and trying to awaken people to issues….they didn’t want competition from a woman who runs an organization, Save Long Island, that shows films and has speakers to talk about the very issues she planned on fighting the government for the very people who are being affected by them –who may have signed the petition to get me on the ballot….

Maybe just maybe the same people who voted to infringe on the constitution…who voted to allow Common Core education…who vote to mandate vaccines that go virtually untested to support their big pharma money habit…. who keep you from knowing what you’re eating so they can protect corporations…who voted to infringe on the 2nd Amendment of the Constitution… who lie, cheat, and pat each other on the back in all their hypocrisy…are the very people who have decided to make sure I don’t get on the ballot by challenging ALL 5,191 signatures as FRAUDULENTLY Obtained!?

Not one, but THREE different people have been “used” by the Republican party to keep me off the ballot so that I don’t upset the apple cart known as NY Politics where there is no difference between Republicans or Democrats and where they work together to keep their cushy jobs with no term limits and lifetime benefits so that they can rub shoulders, attend luncheons, ribbon cuttings and parades and have “environmental photo contest” while our liberties keep being infringed upon because they all want to be the next “rock-star” and come up with the newest bill/law that will be sure to generate more money in their pockets and less in yours.But you signed my petition and you heard me out and you wanted me to be on the ballot……yet –the people in the Republican Party are saying you can’t have your way –as they say time and time again.

Never forget who they are and what they do.  As your children get tortured by the corporations who fund these unethical immoral “suits” and your future on Long Island is looking bleaker and bleaker –remember that you took a moment to sign a petition to get a mother, an activist and an ordinary citizen on the ballot so that YOU could have a choice and that “party” politics would not have it because, in the end, they are not here for your best interest.  They are here to line their own pockets and proclaim their own power over …..YOU. 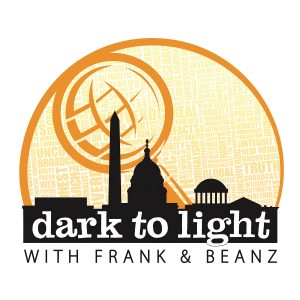