A few weeks back I tried to explain to Andrew Pollack in a tweet, that we both had dead daughters for the same reason… but he deleted his tweet after telling me he was sorry for my loss. He deleted his tweet…..

Well, here it is, the anniversary of Parkland, and I finally just found out, in a blurb in an article from a year ago on CBSMiami.com, what may have actually happened at Parkland. Although it is not what has been focused on, I know that it is the key to what happened…. Let me explain.

We never hear about it, it’s never talked about, it’s never the focus after a school shooting or mass murder but from my years of experience, research and knowing people who have based their lives around trying to get the word out like Ann Blake-Tracy with her website drugawareness.org and her books and papers and countless interviews; or Kevin P. Miller who made the films “Generation RX” and “Letters from Generation RX” which he hoped would awaken the public to what was happening all around us; and Tim Alexander who is working on a new film “Legal Death — In Drugs We Trust”. The key, in this small blurb of an article, is that yes, Andrew Pollack, my daughter and your daughter died for the same reason and that factor was…..medication. The only difference is your daughter didn’t ingest it and my daughter did. Your daughter died from someone who was on medication and my daughter walked out onto a roof and hung herself from a tree. The only solace I have is that my daughter didn’t take anyone down with her but your daughter died at the hands of a boy who, according to his now deceased mother, “was found cutting his arms and posting about it on Snapchat.” And “his behavior was a result of a breakup with a girl she said was cheating on Cruz [him]”.

Medication. Let me say that again….. medication. It’s handed out these days like candy to our children with our permission. It’s the problem solver. The Band-Aid. The relief. I’m not a doctor and I’m not a psychiatrist, I’m just a mother who lost a child to medication because some time ago my daughter, too, was depressed and I trusted doctors when they told me that because she was cutting herself she needed medication. Within 9 months she was gone….. unfortunately it took the loss of my daughter to wake me up and I have made it my mission to at least help to wake up other parent’s so they don’t suffer the same pain… only here it is 15 years later and they are still handing out SSRImedication like candy, and sadly enough the same drug that killed her, that was NEVER APPROVED for children under 18, is still given out today to children under 18! Nothing has changed! Did my daughter die in vain? And since then, we have had countless schools shot up and countless suicides and countless devastation because of…..medication. This newest article about the Parkland massacre finally mentions that Cruz was on three different medications as if it’s of little significance.

— Cruz was heavily medicated when he transferred into Stoneman Douglas. Doctors had prescribed him Focalin, Clonidine and Risperidone for attention deficit-hyperactivity disorder and irritability associated with autism. The medications can increase aggression.

Do you remember when you were a teenager? Love was the greatest of feelings and the worst. It brought you the greatest joy and the worst pain. Broken hearts were always the thing I worried about most for my children. As an emotional being, I suffered through broken hearts in my teens that hurt so bad that I too wanted to die at times. I was date raped at 15 (there was no such thing as the term “date rape” at that time) and I wanted to scream out at the world, so I cut the top of one of my arms with a razor blade then found myself wearing a long sleeve shirt for a long period of time to cover it up because I was embarrassed when my peers saw it and made fun of me. I did it because I was hurting and didn’t know how to tell anyone how bad it felt, especially not my mother who I thought would be mad at me….. mad at me. Well, she saw the cuts and she immediately sent me to a psychologist who talked to me weekly for a few months after which the psychologist called my mother and said I would be OK. I was a hard teen. I was an only child and I lived in a neighborhood where all the kids were older than me by a year or two, but from 12 to 15 it’s never good to have friends who are older than you by a year or two because you grow up way too fast. I had no brothers or sisters so my friends were my world….. but even your friends can’t be really there for you when you are hurting from date rape. So I cut myself. And a psychologist talked to me….. Talked to me. I say this because today your psychologist talks to the psychiatrist they are affiliated with and instead of communicating with you, you’re given a prescription for…… medication.

Over and over again, this is what I hear from parent’s…. “my child was having a hard time so the doctor put them on… medication”. 15 years after the death of my daughter and I’m still seeing kids getting little blue pills placed on their tongues by their mothers and fathers…… I recently talked to one mother who’s 16 year old daughter was on two different SSRI medications and wanted to kill herself. She had also recently started taking birth control pills as well — do we really believe that these drugs were ever tested together and that they may not have a reaction in a 16 year old??

So maybe your child says they’re depressed and not doing well in school and not talking to you when really, maybe, it’s just a broken heart, or bullying, or maybe, just maybe, they’re not getting any sunlight or minerals in their food or they’re living on chicken nuggets filled with antibiotics or some other toxins like red dye #5 and your child is really chemically overloaded or imbalanced due to what’s going in their body or maybe they have a broken heart and they are in pain and they are on medication and they don’t have a lot of friends and their mother died and they are “in the system” and no one cares or they have no one that can really talk to them about how they feel…. and then Valentine’s Day comes.

We see legislators jump on these “events” and immediately blame the guns for the deaths of the children in the schools that have had shootings….. but it’s not the guns, it’s the medication. I know that because Dr. Ann Blake Tracy who has done years of research can tell you that most school shootings were done by a child on medication. But it’s NEVER EVER TALKED ABOUT in the media or by our legislators…. Well, one good reason could be that the media does all the talking and it’s the place where we get the information but according to Robert Kennedy Jr., the media gets 5.4 billion dollars each year from big pharma! Then, if you want to know how much money our legislators get from big pharma it’s not that hard by going to Opensecrets.org, and when you do, maybe you will finally understand why we never hear about mass shootings and school shootings and teen suicide from the perspective of the children being medicated because “mental health” supports our media and our legislators and if they talk against it, who is going to pay the bills?

“The pharmaceutical industry is so powerful, they give $5.4 billion a year to the media. They’ve gotten rid of the lawyers, so there is no legal interest in those cases. They have really been able to control the debate and silence people like me.“

“More mental health is needed” is what Andrew Pollack and Donald Trump have said in so many ways after Parkland but what if more mental health just means more drugging of our children and it becomes a circle game?

What we need in this country is more nutrition health, more parent/child communication about things like broken hearts. More faith and more belief that we can get passed our pain without being drugged or medicated. If mental health means strengthening our inner fears and growing as a human to get passed our pain and putting our energies into other things like the arts or education or empathy and love for our fellow man instead of believing that a pill can solve our problems than I will certainly stand by this sort of mental health. But if it means standing in line at your local drug cartel to fill a prescription to keep your child from hurting or not eating or lashing out or getting bullied or having a broken heart… I will not stand by and watch.

There is a lot we need to look into that should take precedent over what we are trying to do to solve the problem. Disarming Americans and infringing on the 2nd Amendment is not one of them. We will not solve the problem as I previously stated by medicating our children. We can solve the problem by not ignoring the other factors that might contribute to our children’s mental health like being able to deal with life’s ups and downs which resides in the area of better parenting but also looking into the toxins in our food and in our water due to the chemicals being sprayed in and out of the home and especially those used to cultivate our food sources etc. We can take our children to nutritionist. Make sure they are getting exercise and are outdoors getting sunlight and vitamins and minerals. We really do need to do better. We need to stop the circle game. And we need to stop letting media, mega-corporations and the legislators who are paid money by these entities be the ones to solve our problems. It’s up to us.

This Valentine’s Day talk to the ones you love. Ask them how they are. Give them your ear and your heart. It’s more important than anything you can possibly do for your family and your fellow man. 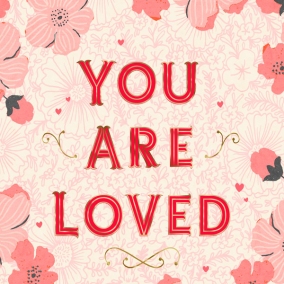 More than 35 million Americans are on antidepressants. This means that severe side effects are likely affecting thousands of people

Toxic Psychiatry: Why Therapy, Empathy and Love Must Replace the Drugs, Electroshock, and Biochemical Theories of the “New Psychiatry”

Which Industry Spends the Most on Lobbying?

Big Pharma shells out $20B each year to schmooze docs, $6B on drug ads

Do You Trust Snopes? You Won’t After Reading This.

Mass Shootings: The New Manifestation of an Ancient Phenomenon and their link to Psychiatric Drugs

Kati Spohrer & All The Other Angels In Our Lives (My Daughter)

What is left Unspoken, An Interview with Tracy Beanz