I know I have good taste. I met Bob at a local Republican Meet & Greet and knew in my gut that he was the kind of man Florida needed.  A lot of people are at work behind the scenes with very deep pockets trying to turn Florida blue….from the anti-2nd Amendment democrats to those who would like nothing better than to turn Florida into the next Welfare state and take away all the wonderful freedoms it has to offer both economically and constitutionally –which is why I left the state of New York after running for NY State Senate when I realized how doomed I was if I continued to live there with it’s high taxes and abundant nanny laws.

So lo-and-behold a short time later guess who endorses Bob White?  None other than Ron Paul!  Ron Paul red-pilled me back in 2007. After finding out about this stalwart Congressman from Texas who was running for President I got on the Liberty train and started the Long Island Ron Paul meet-up and from there I started the organization Liberty Candidates where I would help to promote Candidates running for office on the platform of Liberty which was my way of helping to bring more like Ron Paul into the fold through the election process.  It was sort of a ‘draining of the swamp’ back in 2010 – 2014 through supporting candidates who were adept at following the Constitution. 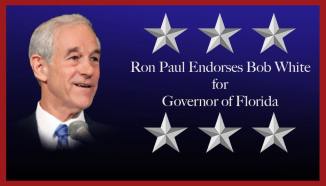 Well, this just proves to me that my instincts are good.  Before Ron Paul’s endorsement I jumped on board the Bob White Campaign trail as a a ground organizer for Saint Lucie, Martin, Indian River, Volusia and Brevard Counties.  We’re looking for leaders to step up and take action for this grass-roots campaign so if you’re looking to get involved with getting a Liberty Lover and Constitutionalist elected as Governor of the great state of Florida and to #KeepFloridaGreat then send me a note and we’ll get you started with a Tee-Shirt, business cards and bumper stickers.

We’re also looking for people to host meet-and-greets for their local friends, family & neighbors so if you are interested in doing so just message me with possible dates and we’ll work it out.

This is how you do it.  I worked for a campaign that managed to get a blimp in the air!  We can do this.  #WhoIsBobWhite? 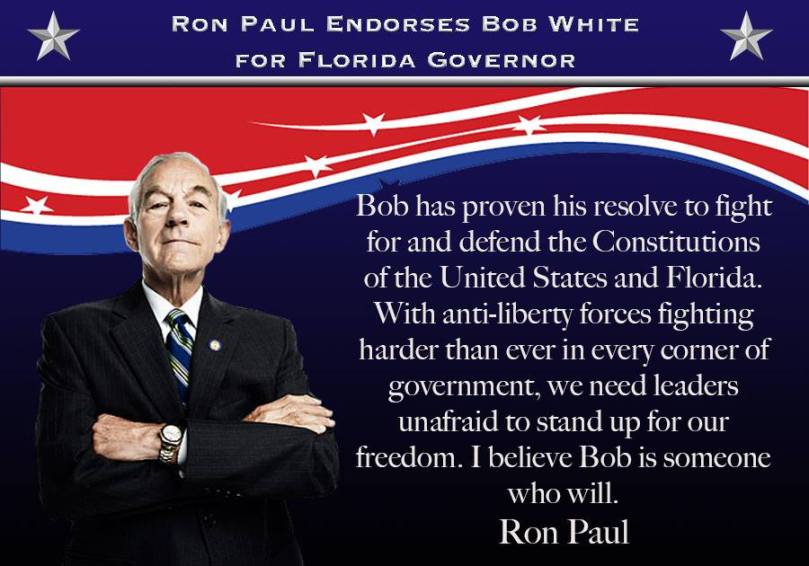